- CHINEKE! ORCHESTRA AND THE AFRICAN-AMERICAN SYMPHONY

Still and Price both grew up in Little Rock, Arkansas, in the USA, around the turn of the 20th century. Despite the age difference of eight years, they will almost certainly have known each other, as they shared the same teacher and both forged successful careers as composers.

The Afro-American Symphony draws on blues forms and spirituals, and the work seeks to portray, as Still wrote in his journal at the time, ‘the sons of the soil’. Price’s Third Symphony was well-received at its premiere in 1940, the Detroit Free Press reviewer commenting on the ’emotional warmth’ of the work, the ‘majestic beauty’ of the slow movement and the ‘great vigor’ of the finale. To complete the evening, the extraordinarily talented Amiri Harewood – cellist, singer and pianist – makes his debut with Chineke! in Grieg’s evergreen Piano Concerto.

Price: Symphony No.3 in C minor 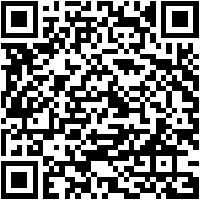